Beauty Amid Tragedy: The Art of the American Civil War

As a rule, we love the Civil War series that the James A. Garfield National Historic Site leads each month at our Main Branch.

Rangers and park volunteers have talked about everything from the Battle of Gettysburg to the role artillery played in the war.

But Ranger Mary Lintern’s talk Wednesday was unique. She didn’t discuss tactics or casualties. She talked about the paintings, poetry, songs, statues and stories inspired by the Civil War.

While we can’t describe them as eloquently as Lintern, here are some of the pieces of art she highlighted during her talk.

Our Banner in the Sky by Frederic Edwin Church 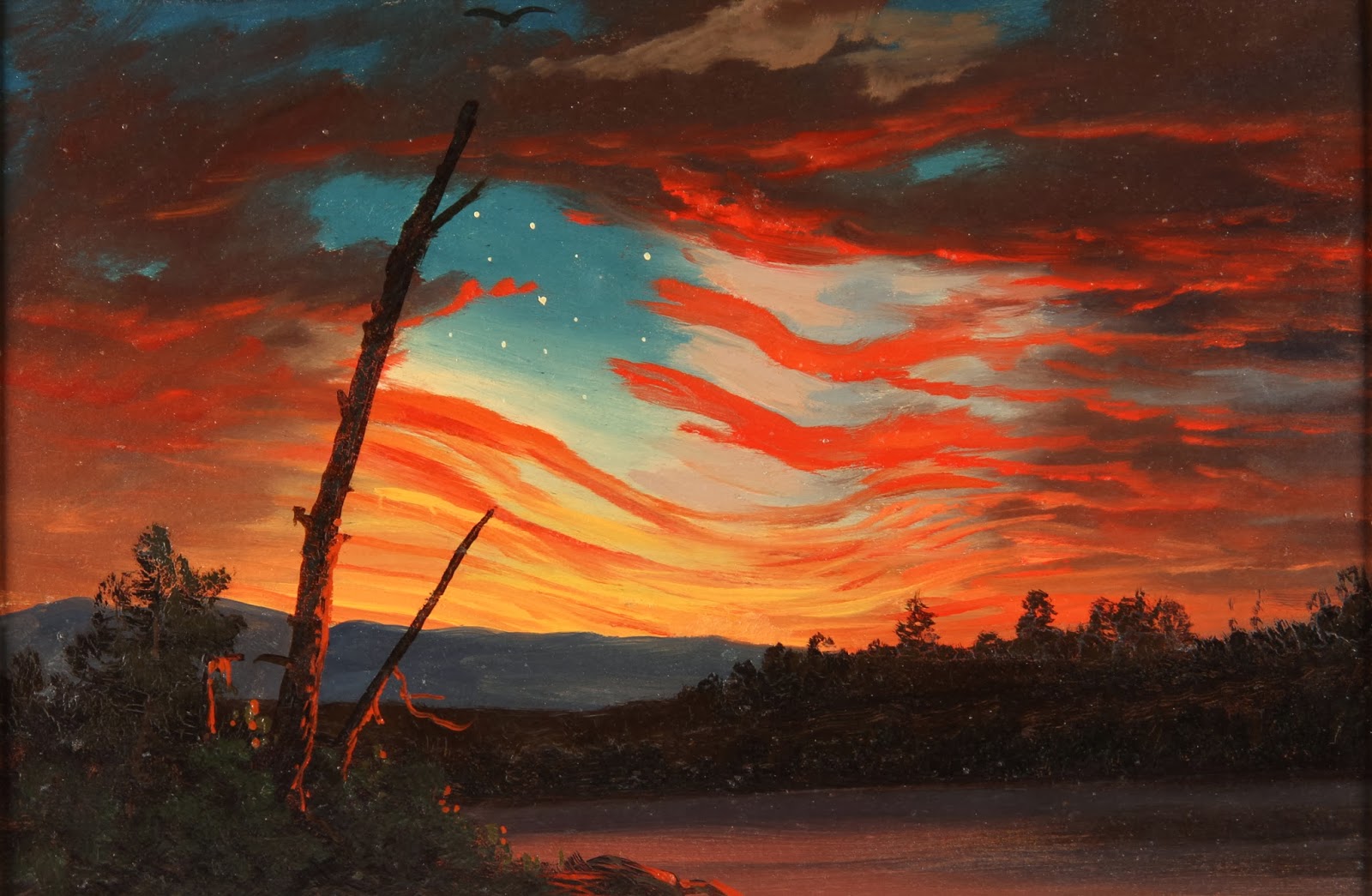 Church didn’t draw a literal flag. Instead, he implied it with the sky, clouds and a tree trunk as if to say a unified United States was as natural as nature itself.

The “flag” may look rent in the painting, but it is still standing. The moral: we are wounded, but we are not fallen. 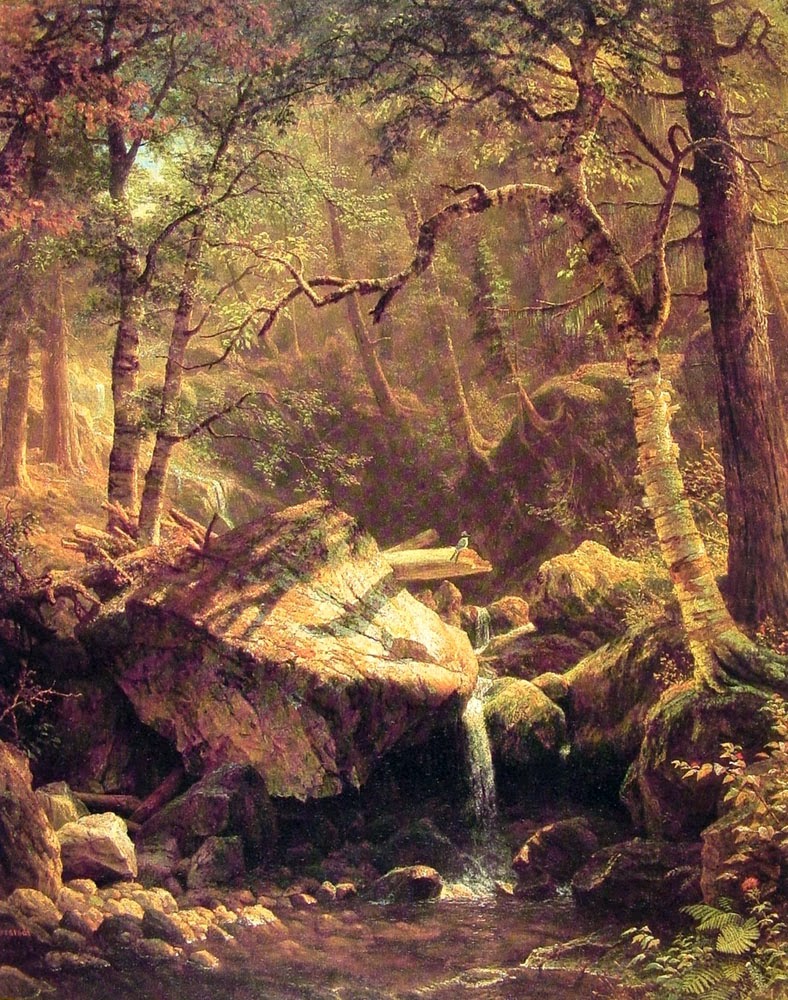 Instead of using nature to depict the damage of war, Bierstadt uses a tranquil scene to stand in contrast to it.

This creek and its kingfisher are depicted after a storm, just as the sun has begun to shine again. 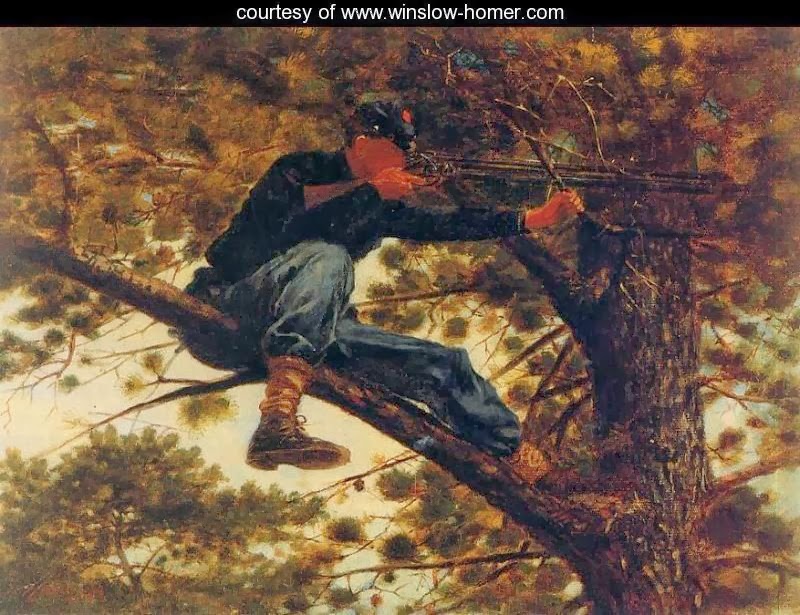 The landscapes painted by Church and Bierstadt were falling out of style by the Civil War, in part because of the invention of the camera. Photos—specifically those depicting battle—encouraged painters to embrace a more realistic style.

Homer was a commercial illustrator who traveled with Union soldiers. He drew battle as it was:unglamorous and fatal. Mayer, by the way, was a man. However, the war also inspired female artists. For example…

The Home of the Red, White and Blue by Lilly Martin Spencer 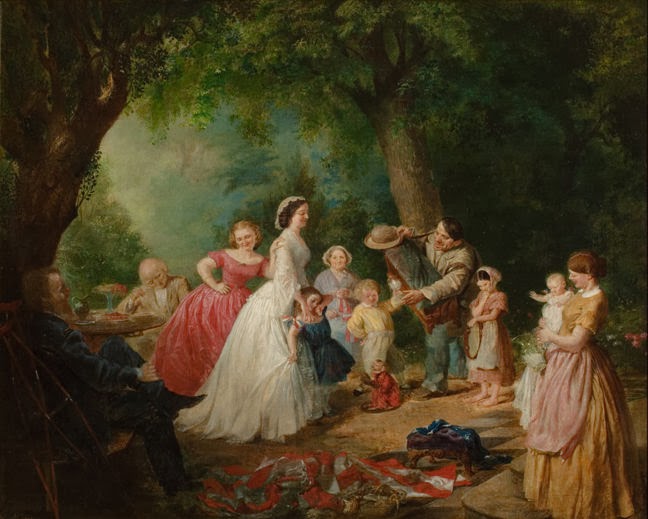 Spencer was best known for painting happy domestic scenes; and, even in 1867, she found warmth in a moment tinted by war. The smiling faces, the organ grinder, even the brightness of the colors all add to the conviviality of the painting.

The Slave Auction by John Rogers 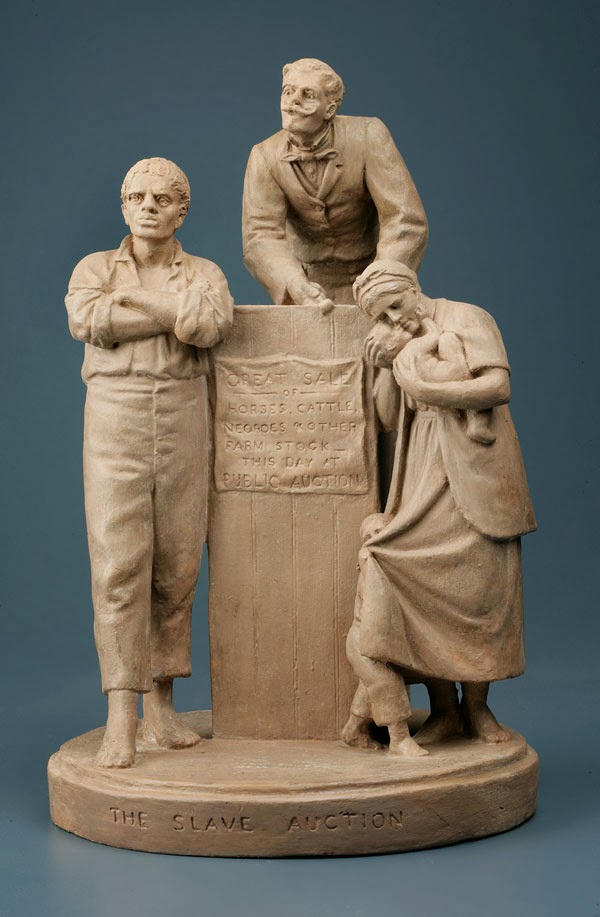 There’s more to art than oil and acrylic. Sculptors, poets and prose writers were all moved to create by the Civil War.

Rogers used his sculpture show how slavery tried to make a human less than a person. 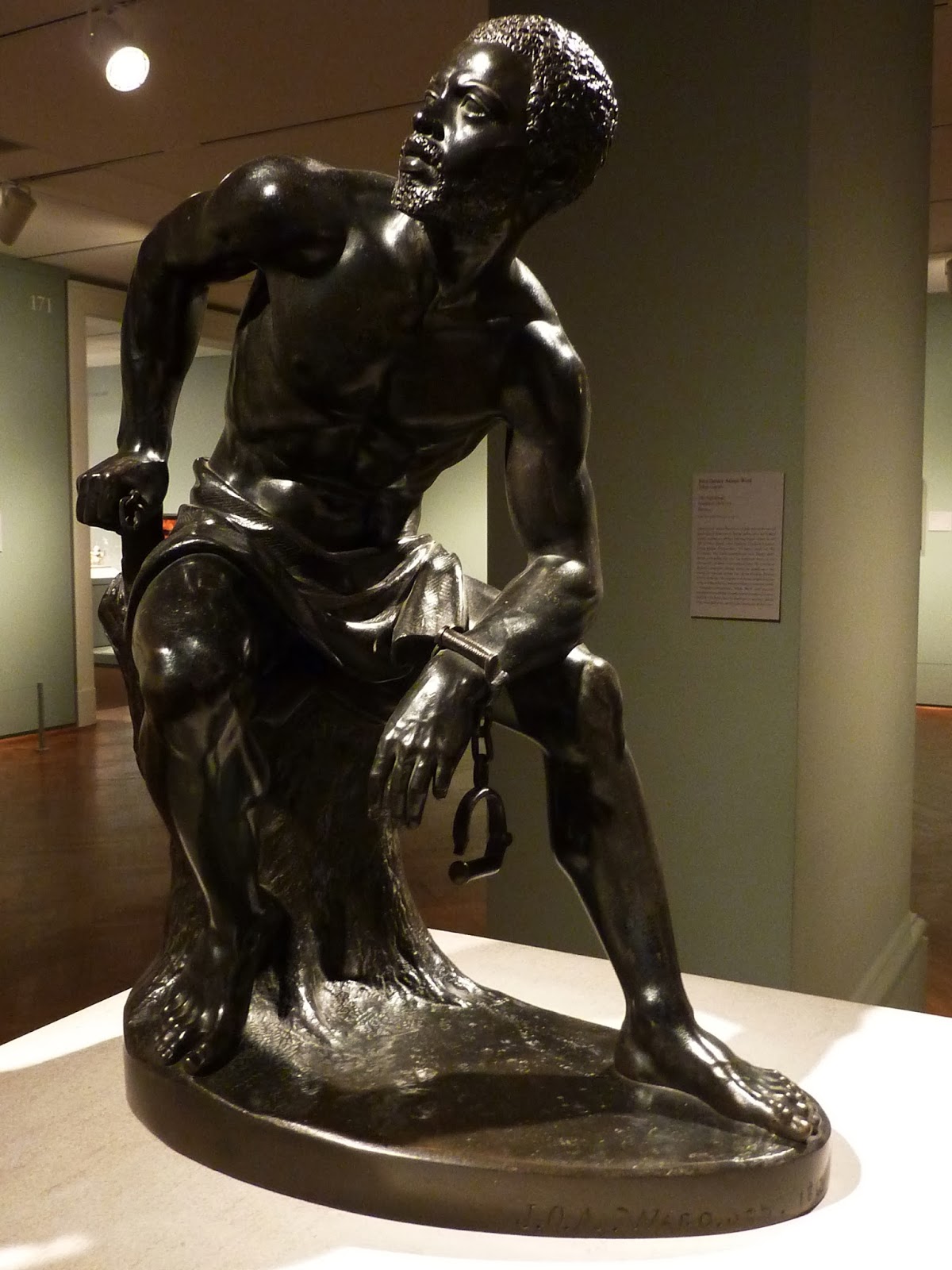 Meanwhile, Ward emphasizes the humanity and nobility of the freed man.

Whitman’s poem may now be associated with Robin Williams as often as it is the Civil War; but whenNew York’s Saturday Press published it in 1865, it summarized a wounded nation’s reaction to Abraham Lincoln’s death.

I Heard the Bells on Christmas Day by Henry Wadsworth Longfellow

Some people think of I Heard the Bells as a cute Christmas standard for the Muppets to sing during holiday medleys. (Full disclosure: That’s how I thought of it until Lintern’s talk.)

But for those who read Longfellow’s poem, they know how melancholy a story the poet is telling.

Longfellow wrote it after a pair of tragedies: the death of his wife and the wounding of his son on the battlefield. But amid his loss, he still found the hope to write an unironic wish, “peace on Earth and goodwill to men.”

The Devil’s Dictionary by Ambrose Bierce 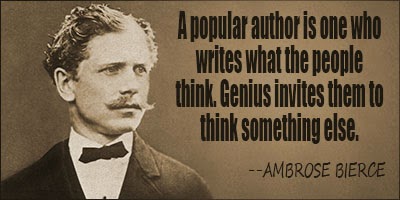 Bierce fought at Shiloh and received a severe head wound at the Battle of Kennesaw Mountain. While An Occurrence at Owl Creek Bridge is his most famous work, The Devil’s Dictionary best displays his postwar outlook on life.

Read a couple of his definitions when your boss isn’t looking.

Two of the most popular Civil War-era songs have Ohio ties. Lorena was written by Rev. Henry D. L. Webster for a Zanesville woman named Ella Blocksom. (She ended up marrying someone else though.)

And Dixie, the old minstrel tune that became a Confederate anthem, was penned by Ohio man Dan Emmett.

Gone with the Wind by Margaret Mitchell 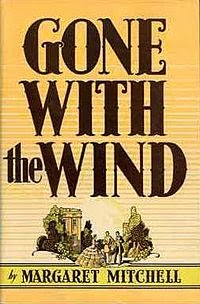 The Civil War continued to inspire great art long after the war’s end. Books as diverse as The Killer Angels, Cold Mountain, Shiloh, The Red Badge of Courage and Gone with the Wind owe part of their inspiration to what is still the most fatal war ever fought on American soil.

The next talk in the Civil War series is noon on March 12 at Mentor Public Library’s Main Branch.The subject will be the backgrounds and rivalry between Generals Ulysses Grant and Robert E. Lee.