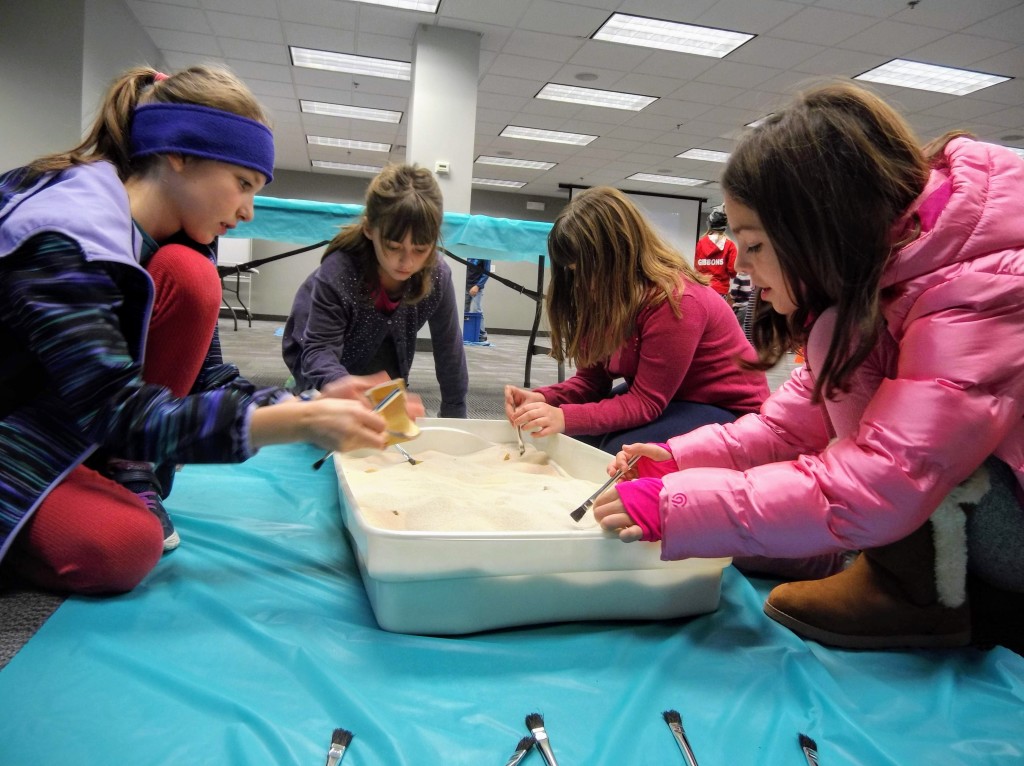 Children experience the thrill of archaeology during our Mummy Madness program. They excavated potsherds, pieced the ceramics together, and translated their hieroglyphics.

We celebrated the anniversary of the re-discovery of King Tut’s tomb with a special program earlier this month. The children could take tours of Tut’s tomb and other ancient Egyptian tombs and temples using our VR readers – the same ones that took kids to the moon.

They also became amateur archaeologists: excavating potsherds from our sand pit, piecing them together, and translating their hieroglyphics.

The kids also stretched their creativity by designing pyramids with LEGO blocks and drawing their own sarcophagus. They got silly too, wrapping each other in toilet paper during our mummy races. 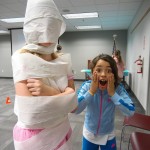 Aven made a monster, transforming Evelyn into a mummy. 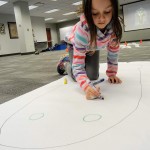 Elizabeth designs and decorates her own sarcophagus. 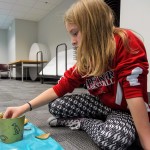 Maddie tries to piece the potsherd together, so she can translate their heiroglyphics. 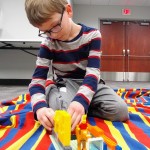 A tauntaun in the tomb? Sure, why not. AJ designs his own pyramid out of LEGO blocks. 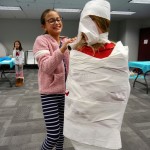 Sarah wraps up Maddie during a mummy race. 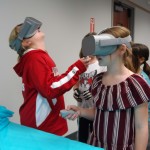 Claire and Maggie get a little disoriented while taking a virtual-reality tour of Tutankhamun’s tomb.

If you want to learn more about King Tut and ancient Egypt, we have dozens of books and documentaries that you can borrow from us.

If you want to start learning now, you can use your library card to stream videos from Kanopy and Hoopla. Kanopy has several Great Courses lectures on King Tut that you can view immediately, including:

If you haven’t heard of The Great Courses, they’re a collection of phenomenal lectures series created by esteemed college professors and experts.  Typically, you can stream 10 movies and documentaries from Kanopy each month. But, right now, you can stream unlimited Great Courses videos from Kanopy with your Mentor Public Library card. Learn as much as you want to about history, skills, hobbies, humanities and science.

You can also stream the National Geographic documentary King Tut’s Final Secrets for free with your library card on Hoopla.