Cracking the case with the Library Detective Agency 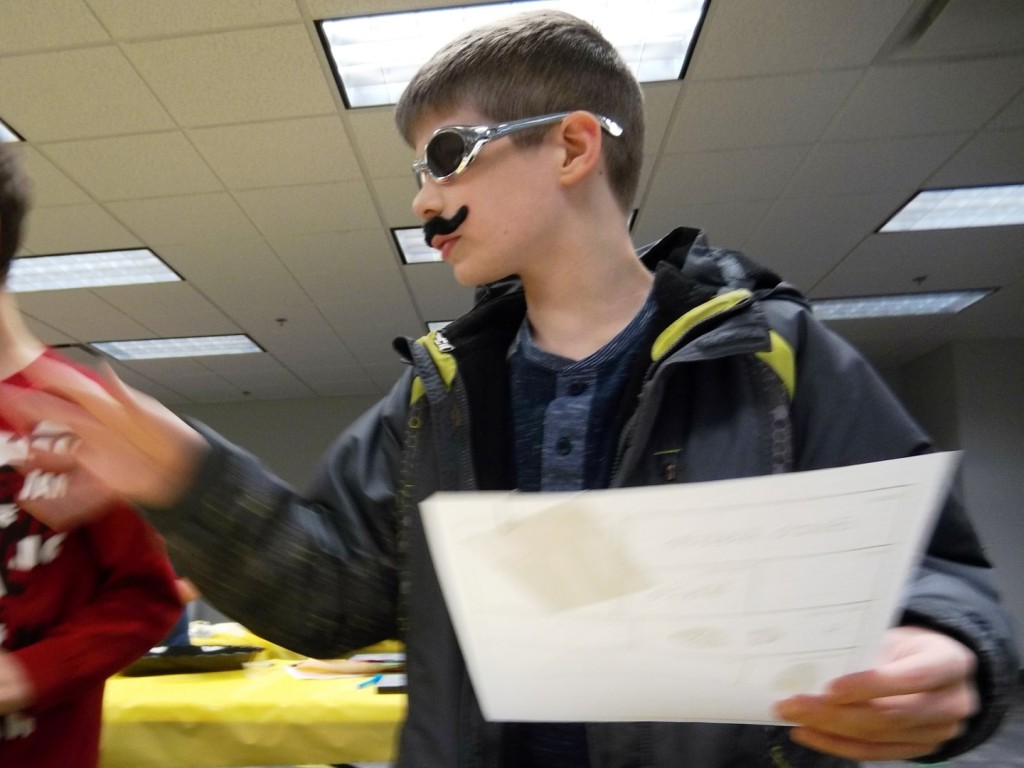 Young detectives had fun investigating the case of the missing bookmobile during our Library Detective Agency program last week.

The kids scoured the library for clues. They examined footprints, fingerprints and tire tracks. The sleuths even interrogated suspects like the mysterious Ivana Steel, charming Robin Banks and mulleted Dan Gerous.

Ultimately, they identified the perpetrator—the aforementioned Gerous, but it was a simple misunderstanding and not a crime—and had a lot of fun doing it.

The detectives as suspect Dan Gerous for a handwriting sample.

Madelyn compares suspects’ footprints to those found at the crime scene.

Detective Mary measures the footprints found at the crime scene.

Visit our Facebook page for more fun photos from the program.

This entry was posted in Uncategorized. Bookmark the permalink.