Last year’s tea party may have been Pinkalicious, but this one was practically perfect in every way.

To celebrate the 50th anniversary of Mary Poppins, Mentor Public Library hosted a special tea party Saturday at its main branch. Children made chalk drawings, haberdashed their own Mary Poppins hats, danced to “Step in Time,” ate crumpets and drank raspberry lemonade with the moms and grandmas.

The only way it could have been more fun is if we held it on the ceiling. 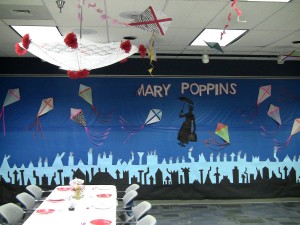 We dangled umbrellas and kites from the ceiling. 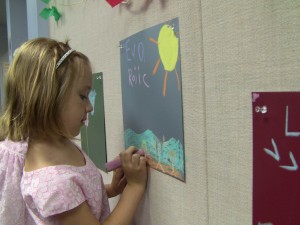 Eva makes a chalk drawing. No word on if she was able to jump into it later. 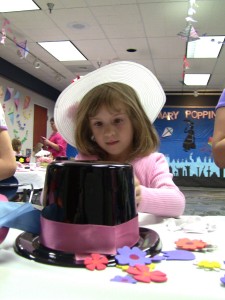 Kids could make their own Mary Poppins hats, but Keeley already brought a pretty sharp hat of her own. 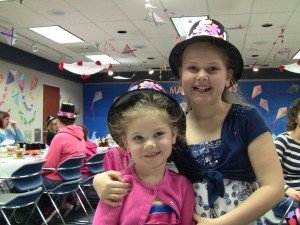 Gigi and Jenna show off their new hats.

To everyone who was there, we hope you had as much fun as we did.

For more programs for kids and adults at Mentor Library, check out our event calendar. And, remember, Summer Reading starts soon.