Meeting the eagles from Mentor Marsh 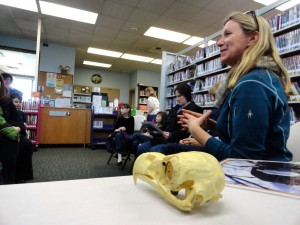 Becky Donaldson, a naturalist from the Mentor Marsh, talks to kids at our Headlands Branch about the bald eagles who live in Mentor Marsh.

Naturalist Becky Donaldson wasn’t able to bring the actual bald eagles who nest in Mentor Marsh with her when she visited our Headlands Branch this Saturday, but she was able to bring a few interesting artifacts (including a skull) and her vast knowledge of Lake County’s most famous raptors.

Here are just some fun facts that we learned Saturday: 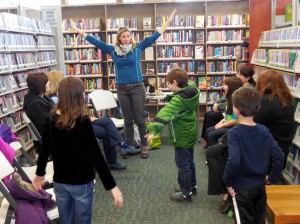 To learn more about bald eagles, in general, and the nesting pair that lives near us, come to Mentor Marsh’s Bald Eagle Fest from noon to 5 p.m. on Sunday, May 3.

You can help build a mock eagle nest and meet some of the marsh’s animal ambassadors.

You can also take a guided hike of the Marsh’s bald eagle nest at 12:30, 2 and 3:30 p.m. The 2-mile hike is on unimproved and sometimes muddy trails, so be ready for weather. Spotting scopes will be provided; but you can bring your own binoculars, if you prefer.

Also, you need to make a reservation if you want to go on one of the nest hikes. You can make reservations by calling 440-257-0777, emailing rdonalds@cmnh.org, or messaging the Mentor Marsh Facebook page. 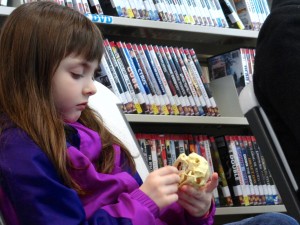 Of course, you can also learn about eagles by checking out a book or documentary from Mentor Library.

There are also a few fun raptor nest webcams you can watch, if you want to see these amazing birds in their natural habitat.

These eagles in Hanover, PA, have a pair of eaglets; these eagles in Iowa have three nestlings; and, for some local raptors, these peregrine falcons in Cleveland atop the Terminal Tower have five eggs waiting to hatch. 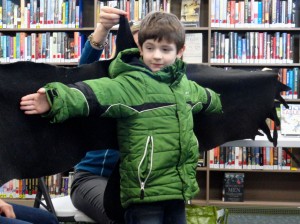 Gabriel compares his wingspan to a bald eagle.