Reading to the pups 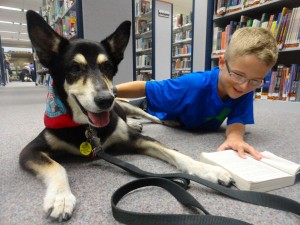 We’ve written about Paws to Read before. We’ll write about it again.

After all, we at Mentor Public Library love almost any program that gets children reading—not just reading, but loving it!

And few things get kids more excited about reading—or anything else for that matter—than a warm, snuggly pooch listening to them.

Hey, they aren’t reading. Olivia and Caesar have a quick ear-scratching break.

Paws to Read pairs young readers (between the ages of six and 12 years old) with therapy dogs, who listen to the children as they read.

The next session is scheduled for Wednesday, Sept. 17, at Mentor Library’s Main Branch.

Registration fills up quickly, so contact the children’s department at Mentor Public Library soon if you think you child could benefit from Paws to Read.

There is often a waiting list for the program once registration begins. 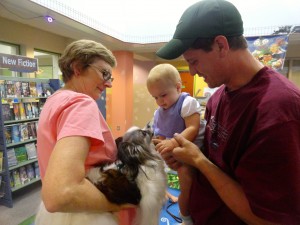