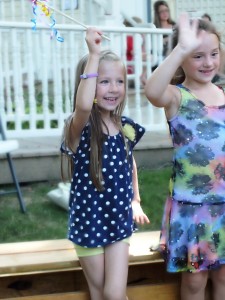 Kayla casts a spell during our Wands & Wishes story time.

Another fairies story time with more wishes? Why not? After all, you shouldn’t limit how many wishes a kid can make. (Unless you’re a genie. Then three is pretty much the accepted maximum.)

On Friday, kids had a special scavenger hunt in which they searched our Read House yard for clues to the ingredients of Fairy Soup. (That’s a soup FOR fairies, not made OF fairies, by the way.)

They also practiced casting spells and made wish boxes in which they can keep their wishes. 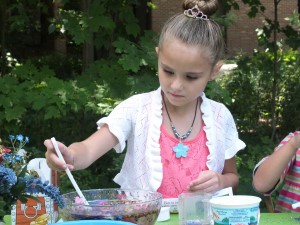 There’s a lot of glitter in this Fairy Soup but absolutely no fairies.

Once the kids figured out all of the ingredients, they made a special batch of Fairy Soup.

And the soup was so good our fairy friends, Brzzt and Ivy Greenbriar, returned to thank the children for their gift. 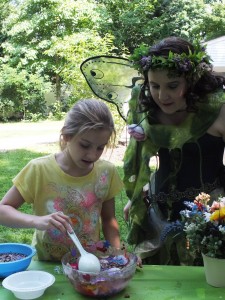 Ivy Greenbriar is the one with the wings.

Fairy Soup may look pretty with all of its flower petals and glitter, but it’s not especially tasty; so the kids snacked on cupcakes afterward, instead. 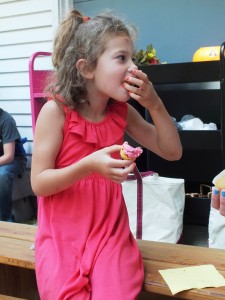 You can visit Mentor Public Library’s website for more children’s programs, and check out its Facebook page for more photos from its Wands & Wishes story time.