Young artists get the point (as in pointillism) at Studio MPL 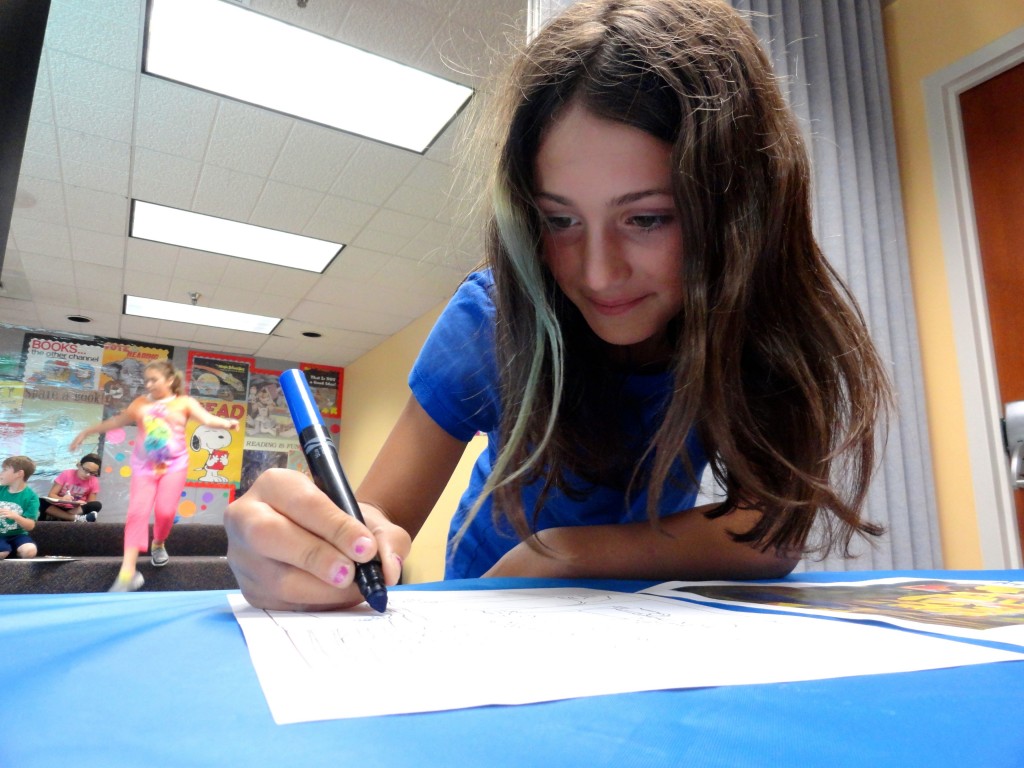 “The pixels they use to draw those are just another form of dots,” Layton said. “Seurat did that more than 100 years ago, so let’s give it up for George.” 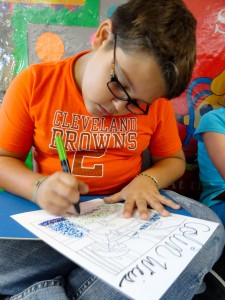 Colin blends different shades of blue to create the water.

The children then tried their own hand at making their own version of Seurat’s masterpiece, A Sunday Afternoon on the Island of La Grande Jatte. They received an outline of the famous park scene and could color it however they wanted, but they had to use Seurat’s pointillist style. 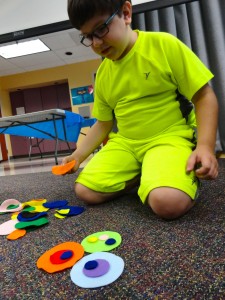 Circles can be used to make all kinds of art. Remo experiments with making different kinds of eyes, using felt circles.

Studio MPL meets on the third Monday of each month. If your kid likes art—any kind of art—they can join the fun.

Next month’s session will be Oct. 19 at Mentor Public Library’s Main Branch. The kids will learn about Vincent Van Gogh. 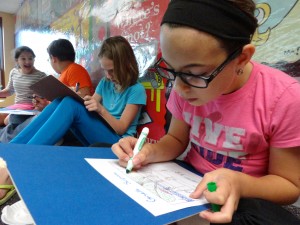 Giselle concentrates on her artwork.