Chapter one began February 22, 1819, when the Mentor Library Company was formed.  It was the earliest library association recorded in Lake County.  Funds were raised by issuing stock to 6 shareholders at $2.50 per share.  The collection, which began with 79 volumes and grew to 194, was housed in private homes.  Because books were at a premium, library rules were strict.  Shareholders could borrow one book per share for a period of three months.  A fine of 12 ½ cents plus an additional 2 cents per day was charged for overdue books.  A dog-eared page cost the borrower 6 ½ cents.  Yankee shrewdness inspired the rule whereby two shareholders who wanted the same book had to bid for it.  The highest bidder paid his ante before he could take the book home for the quarter.  Unfortunately, by 1859 interest had waned and library activity ceased.

The next phase of the library story began in 1875.  On October 5, the Mentor Library Association was organized.  Membership fees were $1.50 per year, and members could borrow one book per week and keep it for two weeks.  Overdue fines were 10 cents per week.  The original collection of 50 books was selected, not from a catalog, but from actual samples presented at the Association.  In the first six months, the library doubled its volumes through the efforts of socials and other entertainments.

The Association re-organized in April, 1890, when a library committee under the chairmanship of James R. Garfield was formed.  Mr. Garfield, son of President James A. Garfield, was elected president of the Board.  He served in that capacity until 1927.   Operating funds were obtained from donations and from entertainments (which were much aided when Mrs. Garfield gave the Association an upright piano).  For the first time, the librarian was paid $1.00 per week.  The library opened in a room of the Mentor Village Hall with a collection of 278 books.  The collection grew to 767 volumes in the first year.  Any resident of Mentor Township, 15 or older, could borrow books for two weeks and renew them for one week.  Non-residents could pay 25 cents per month for the same privileges.

The next chapter unfolded in 1892, when the Ohio Legislature passed a law which stated that any existing library association could take out articles of incorporation and could petition the local village council to levy a tax for the support of the library.  Mr. Garfield backed this plan on the condition that, if the library board folded, the property would revert to the village.

In May of 1895, the Mentor Library Board formed a corporation and adopted a new name, The Mentor Village Library Association, whose purpose was to establish and maintain a free public library and reading program.  The Village Council levied a ½ mill tax, assuring the Library revenues of $160.00 per year.  The fund raising socials were no longer necessary.

The library took its next major step in 1899.  In that year Mr. Garfield introduced to the 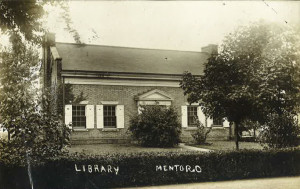 Board Mr. Addison Goodall of Illinois.  This former Mentor resident pledged $1,500 to $2,000 toward a library building, if the Board would raise the balance.  Property at the corner of Mentor Avenue and Center Street was purchased.  Abram Garfield, also a son of the President, designed the building.  The architectural firm founded by Abram Garfield is now the renowned Van Dyke and Johnson Architectural Firm of Cleveland.  The new library was dedicated May 31, 1903.  It had 2,400 volumes.  (This building is now located on the corner of Center St. and Nowlen.)

1906 saw the appointment of Miss Frances Cleveland as Librarian.  She held this post until her death in 1944.  Under the direction of Miss Cleveland and Board President James R. Garfield, the library took several more strides into the 20th century.  In 1913, with Mr. Garfield’s backing, Miss Cleveland pushed for the installation of electric lights in the library.  Also in 1913, the library began holding story hours once a week.  In fact, one of Miss Cleveland’s greatest contributions was the development of appreciation of literature in the children of the community.  She achieved this, in part, by delivering books to the township schools by horse and wagon.  Her dedication was such that, on a cold winter day, when the library was closed, she could be found in the unheated building making extra book shelves.  Miss Cleveland made another great contribution by properly cataloging all the books in the library.

The library was re-organized again in 1926.  The Mentor Village School Board did not meet state requirements regarding school libraries due to there being no library within the school system.   The issue was resolved when the School Board took over the operation of the public library.  The following year the library was named the Garfield Public Library, in recognition of the valuable support given by James R. Garfield and his family.

In 1958, the School Board and the Mentor Public Library agreed to separate the two functions; the School Board would operate the school libraries under its own budget, and the Library Board would operate the public library with the Intangible Taxes.  Also in that year, Joseph G. Halloran was named library administrator.  He supervised library operations and planned the needed expansion.  In 1959 Mentor residents passes a $200,000 bond issue to fund the expansion.  Negotiations were completed for the 8215 Mentor Avenue location and Western Reserve architecture was studied.  The new Mentor Public Library, Garfield Unit, opened December 19, 1960.  The T-shaped building contained 10,954 square feet on one floor.  The library had a capacity of 65,000 volumes and featured an adult reading room furnished in Early American, juvenile and intermediate reading departments, and a meeting room which could seat 95 people.

In 1959, the Mentor Headlands Branch, started by the Fairport Library, was taken over by the Mentor Public Library.  A second branch at Salida School (the Mentor-On-The Lake Branch) opened in 1966.

History states that from 1966 to 1971 the Salida Library Branch had been located in 2 rooms of the Salida School building on Lakeshore Boulevard. In 1971 it was renamed the Lake Branch and relocated to a rented house next to the Mentor-on-the-Lake Firehouse on Andrews Road.

that, to meet the growing demands of the community, the library needed an addition of at least 30,000 square feet.  Feasibility studies were done between 1984 and 1987.  In May of 1987 the Board recommended that the present site be kept and that a multistory addition be added to the front of the building.  The Board also decided that more parking space was needed.  Later that year, an offer was made for the lot on the corner of Mentor Avenue and Sharon Lee Drive.  In November of 1987 the Board approved resolutions calling for a $4 million Bond Issue for 20 years and an Operating Levy for 5 years to be placed on the May, 1988 ballot.  The bond issue and the levy passed on May 2, 1988.

Tabeling Architects, Inc.   Because of his success with the renovation project that opened the expanded Mentor Headlands Branch on September 29, 1985, Mr. Tabeling was hired for the Main Library project.  Panzica Construction became the general contractor of the new library building.  The project began on August 6, 1988, with the Ground Breaking Ceremonies.  A target date of Spring 1991 was set.  During that year and a half, the Library moved its services to a temporary location at 8200 Tyler Boulevard.  On March 8, 1991, the library closed this site and moved into the New Main Library. 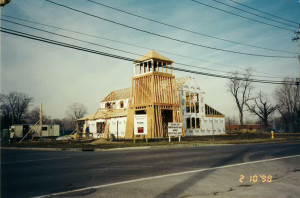 Built in 1997-98 and dedicated on August 30, 1998, the new Mentor-on-the-Lake Library (a.k.a. Lake Branch) was constructed on property donated by the City of Mentor-on-the-Lake to the Mentor Public Library for a fee of $10. The new building was designed to resemble a lighthouse to honor the proximity of Lake Erie and was double in size of the previous library to better serve the surrounding community. 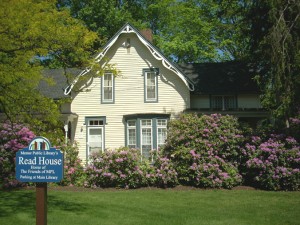 In April 2009, the Board of Trustees unanimously agreed to purchase the 1868 Greek revival home and 1½ acre property adjacent to the Main Library on Mentor Avenue for $175,000.  The Read Building and grounds provides expanded space for Early Literacy activities and family programming. The Friends of the Mentor Public Library host book sales on the site. 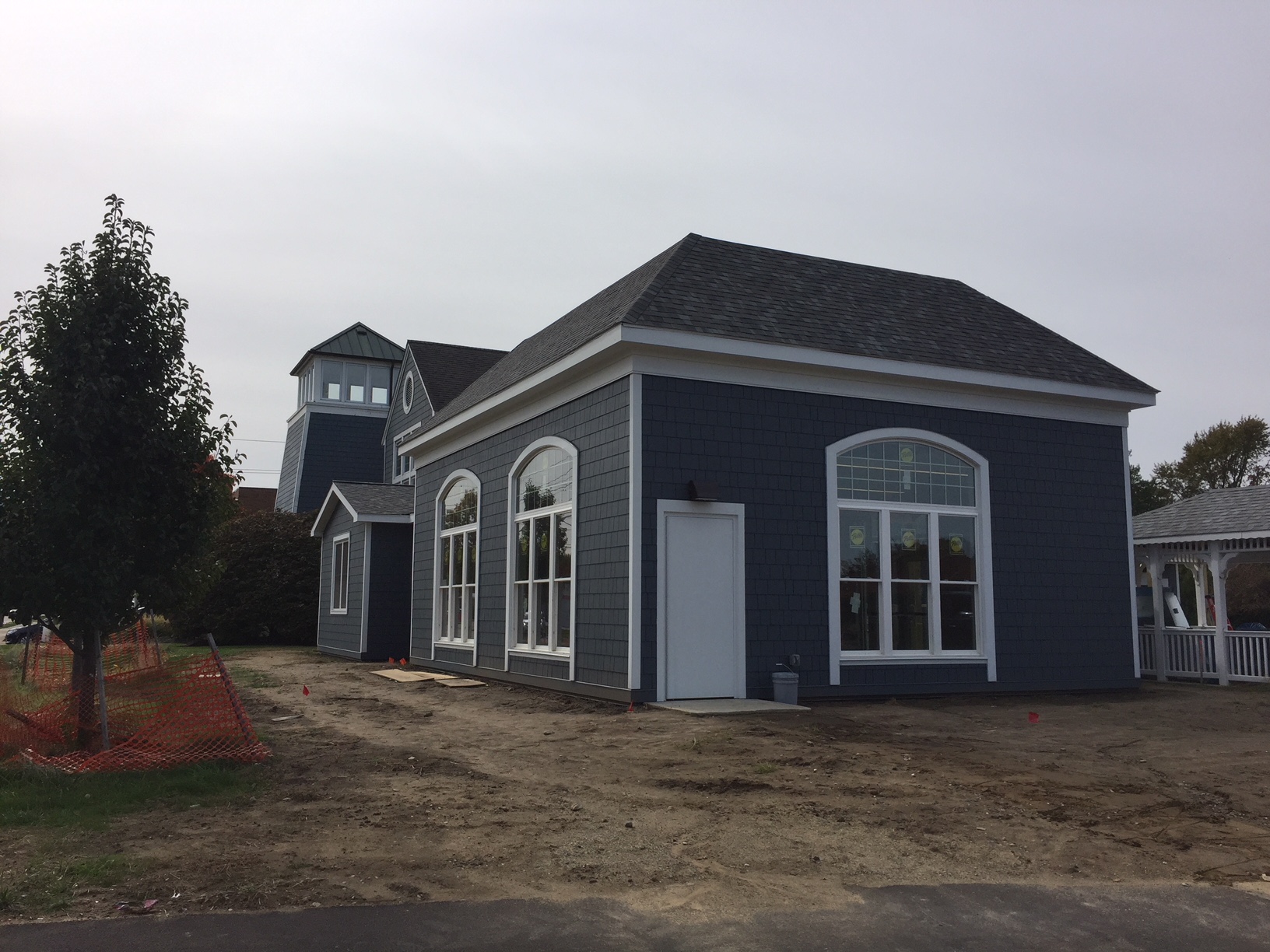 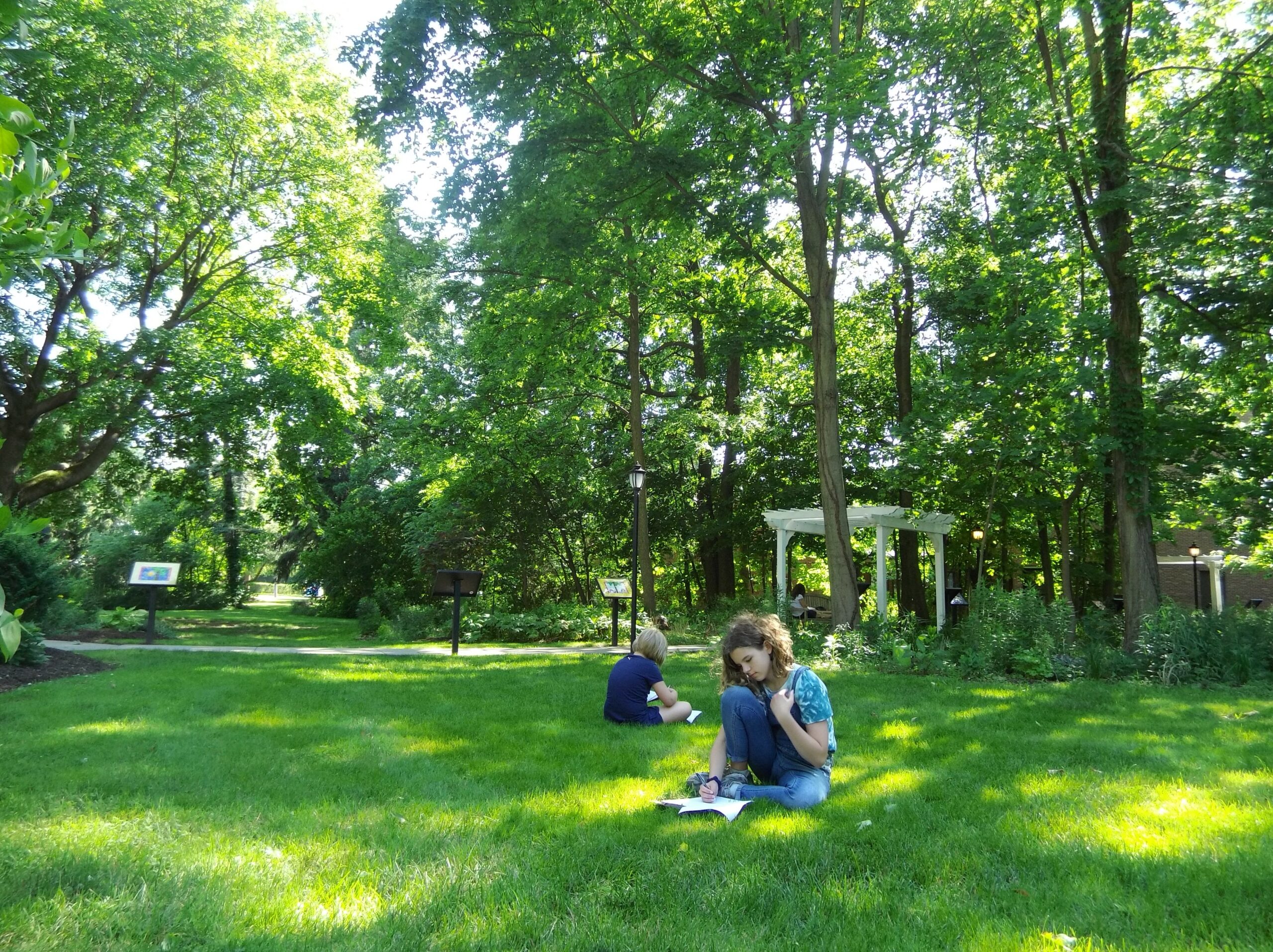